Our spring visit this year was held on Saturday 25th May at the Antell’s yard in Shillingstone, Dorset, on a gloriously hot spring day.  Members had travelled from far and wide and were greeted by no fewer than thirteen full size engines in steam, five of which are owned by the Antell family and are based in the yard.  Eight visiting engines were present, some having stayed on from the previous weekends local Three Okefords Rally, and some roading in on the day.

For members enjoyment Tom Antell had set up a fantastic display of Robey works photos that he has collected on visits to the archives in Lincoln. Many of these I personally had not seen before especially the conventional design of early steam wagons, which even carried the “Lincoln Imp” I had only previously seen on Ruston products.

Paul Antell had arranged for the local WI to take care of refreshments and they were housed in the engine shed which was very much appreciated by the 100 plus members who attended for a most enjoyable day (Fig. 9).

A huge thank you on behalf of the Society to Paul, John, David (Fig. 8), and Tom Antell in particular as well as the entire Antell family.  Also to the friends who brought along, crewed and cleaned the engines as well as those who helped with tidying up etc.  It’s a huge effort and was much appreciated by all who attended.

We would very much like to have next years Spring Visit further north so we would be delighted to hear any suggestions or indeed any offers to host the visit, so please do get in touch.

You can find out more about which cookies we are using, however we must set the strictly essential cookies to ensure the website operates correctly.  settings. 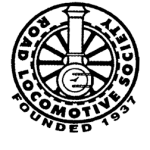 A Charitable Incorporated Organisation Registered with the Charity Commission No. 1159394

The Road Locomotive Society is obliged under the General Data Protection Regulations (GDPR) 2018 to protect the personal data of its members and other individuals or organisations with whom it wishes to maintain contacts as complimentary members.

The Society holds the following information in order to maintain contact with members and other individual organisations:

Names of past and present members
Addresses, at date of joining, of past and present members
Address changes of past and present members as advised by them to the Society
Membership number of individual members
Membership status of individual members (ordinary, honorary or complimentary)
Members e-mail addresses as advised by the member
Telephone number(s) as advised by the member
Date subscription received by the Society
Amount received by the Society (subscription, donation)
Method of payment (cheque, bank transfer, cash, PayPal)
Any notes arising concerning payments
The sales officer collects information and retains on sales through the website (PayPal) or manually if purchased via post.
Whilst we do not track visitors to our website, some essential cookies are set to ensure correct operation of the website along with some 3rd party cookies (PayPal) which are required to purchase from our website.

This personal data is held securely by the current Membership Secretary who for the purposes of the GDPR is the Data Controller on behalf of the Society.

The Society does not collect data from any other sources.

The Society is a charity dedicated to the recording and maintaining an archive of information covering a period from 1800 to the present day relating to road steam vehicle production and operation in Great Britain. The archive includes many names and addresses of past and present owners and operators of road steam vehicles and associated equipment.

The Society discloses current member’s names, membership number and postal address to the printer or distributor of the Society journal in order for it to be posted to them. Individual members contact information may be supplied to Society officials solely for the conduct of Society business.

Historical information on original manufacturers and previous owners and operators of road steam vehicles and equipment is available for inspection in the Society archive. No information relating to current owners or operators, if their details are held by the Society, is released other than with the current owner having given the Society specific authority to release such information.

No other information is passed to any other party.

The Society does not retain any bank account details for members. On the occasions when they are provided to the Society by members setting up payments from banks the details are passed on to the relevant bank.

Should any member wish any/all information regarding them to be removed from the records they should contact the Society Data Controller/Membership secretary in the first instance. The contact is : membership@roadlocosociety.org.uk

Policy adopted by the Road Locomotive Society Board 24th of May 2018.

Strictly Necessary Cookie should be enabled at all times so that we can save your preferences for cookie settings, it is also necessary to enable PayPal cookies for shopping or renewal of membership.

We do not use Google Analytics to track visits.